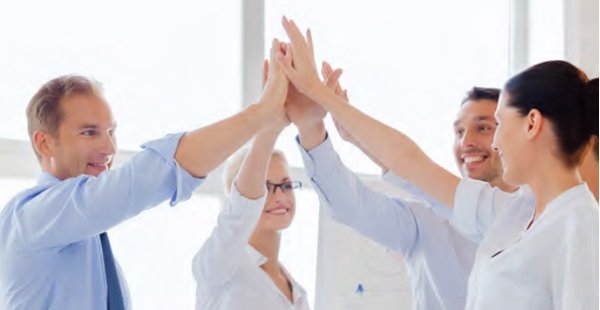 The Perfect ERP Project? Take the escalator to the 3rd Floor, next to the Unicorns!

The answers we heard were, “Yes, we were on-time and on-budget, but the business didn’t get all of what they were promised.” Others said the project was delayed so many times before it was finally implemented that they just wanted to get it over with.

How do you deliver the “perfect ERP project?”

Traditional Waterfall and Agile projects have extensive methodologies, the toolset. Companies commit their best and brightest to these projects, which is the skill set. So what is the secret formula that brings together the three pillars of a successful project? We subscribe to the mindset, the right belief and behavior.  Without that, no project will be truly successful.

“Magical” is the word that comes to mind when I think of the most successful projects. Not all of my projects fall into this category; some characteristics were common to the memorable ones:

These unique projects had many common attributes, but one common theme was emphasized from the beginning of each: we all worked together as a team.

A maxim that we’ve adopted for many years, “What starts well, ends well!” captures this mindset perfectly. Project kick-off meetings should include an underlying theme that it will be critical that during the project, various workshops will be delivered and that these workshops will drive the right communication, behavior, expectations, and beliefs.

These workshops address many of the successful tenets that are critical to overall project success, but emphasize two key areas: communication and belief – which will drive desired behaviors.

The importance of open and constructive communication is vital to the team’s success. Would a Pro Bowl quarterback expect one of the players in the huddle to say, “Hey, that’s not gonna work!” and not have them provide a reason why, as well as an alternative?

More importantly, everyone in the huddle needs to believe that the play will work.

To achieve breakthrough in project results requires all team members to share the same mindset and belief in successful outcomes. Aligning the communication, behavior, and beliefs at the outset of the project is the best and least costly time to perform these activities.

How are your projects coming along? To find out how we, Titan’s Advisory Services, can help your project teams pursue the perfect project, contact Warren Norris, warren@titanconsulting.net, 972.679.5183; or contact your Titan Consulting Director. You can see additional information on our Advisory Services page.